During the Bread Baking Week there was organized an excursion to the Museum of Vojvodina in Novi Sad (Serbia).

The many centuries of mutual connections between the Slavic, Ugro-Finnic and Germanic peoples in the Pannonian and Danube Basin regions have led to the joint life of numerous ethnic groups on the territory of present day Vojvodina – Serbs, Hungarians, Slovaks, Rumanians, Ruthenians, Croats, Germans and others. In their historical development all these peoples have preserved their specific features, customs, folk costumes and the like.

The items exhibited in the permanent collection speak in a picturesque and convincing way about man in the Vojvodina region, his natural, cultural and social development during the 19th and 20th century. Starting out from the fact that national culture is created over the centuries and under various cultural influences, the collection is focused on those elements which are the essence of national cultures in Vojvodina: national architecture, agriculture, weaving, carpets, interior design, customs and folk costumes.

The natural locality of the Vojvodina plain offered great possibilities for the development of agriculture, stock raising and fishing.

On display there are tools for digging, sowing and the harvest of crops, parts of clothing of shepherds, shepherd tools and horse equipment. A prominent place is given to a wooden plough with a yoke dating from the 19th century.

The traditional kitchen is depicted by archaic exhibits of pots made out of ceramics, metal and wood, while a special place is devoted to utensils for making and baking bread. 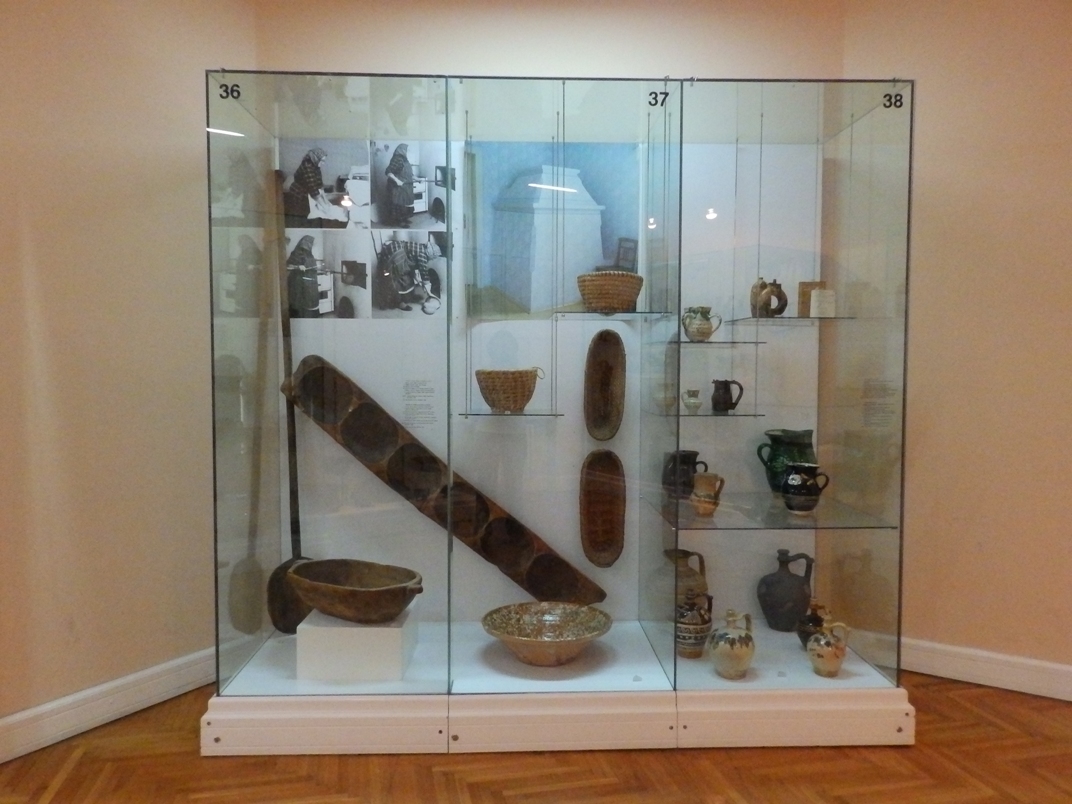