In the last stage of the competition the students demonstrated ideas of “their” Europe by baking products. An European tree with 28 sweet gold-yellow biscuits in blue starts, inverse to the EU flag, as a symbol of united people in EU, was prepared by Siyana Atanasova. The Composition United Europe of Beloslava Konova presented six the most famous breads of six European countries:  pretzels of Germany, waffles of Belgium, pizzas of Italy, croissants of France, furnaces of Romania, banitsas of Bulgaria. Silvester Simeonov presented Cake International which was prepared with recipes from Bulgaria, France, Belgium, Germany, Sweden. The cream outside is salty but inside the cake is sweet. The combination is absolutely delicious. The cake presented salt and sugar as problems and success of EU which results is amusing – joint  activities of all EU countries. After deep research Elizabet Kircheva had prepared a German-Bulgarian Bread with 12 stars for decoration as 12 co-founded countries of the European Union, two wheats – a symbol of cooperation between Germany and Bulgaria, and the map of Bulgaria – a symbol of that our country also plays an important role in EU. Other ideas were Bread Germany – Bulgaria of Elizabet Ivanova, Cake Germany – European Union of Tarak Kadir and cake O of Hristomir Kolev.

Mrs. Rebeta Valeva, Head of the High School of Tourism, told before journalists from TV and electronic media that the main aims of this competition are for the students first, get acquainted with the typical bread of the other EU countries and second, somehow to bake the idea that the EU uniting us.

Two winners of the competition were Beloslava Konova with the composition United Europe and Siyana Atanasova with European Tree. They will present their creative products with other winners from Romania, Poland, Serbia, Germany on the Festival in Ulm, 12-15 July 2018. 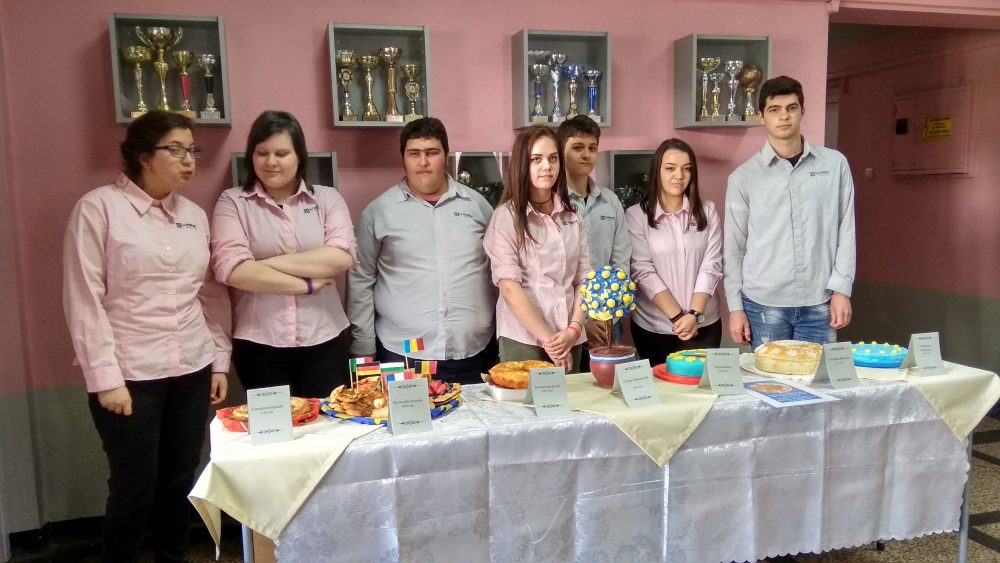