In the frame of the second international partner meeting of the project ODDA, an event regarding the topic “Bread connects” excellently organized by Prof. Emiliya Velikova took place at University of Ruse in the frame of the Bread Baking Week along the Danube, organized by the Network Danube-Networkes.  190  people, representatives of the University, town and district of Ruse, senior groups from Ruse city and the district Slivo Pole, students of the University of Ruse and the High school of Tourism as well as students from the German-speaking Friedrich Schiller High school and 25 participants coming from Ulm, Belgrad and Backa Palanka, Timisoara took part in this afternoon.

The event helped to show by a bread exhibition the range and diversity of bread traditions in Bulgaria, especially in the Ruse district, to the partners from the other Danube countries. It also gave the participants of the ODDA project the opportunity to test the materials, key words and songs developed by them.

First, the president of the University of Ruse Angel Kanchev, Prof. Penchova, solemnly presented the Honorary Medal of the University to Carmen Stadelhofer, coordinator of the educational network Danube-Networkers, for her accomplishments in cooperation with the University of Ruse in the field of adult education, after that to the mayor of Slivo Pole for his engagement in the field of senior education. Speeches by different notabilities of the city, the province and different civil associations followed. In her speech, Carmen Stadelhofer pointed out the importance of the Danube strategy of the European Commission and the importance of the civic society for maintaining a common peaceful, prospering and solidary Europe. She thanked for the good cooperation in 18 smaller and bigger cooperation projects since 2010 with Ruse University together with the Pensioners Club District Ruse and other civic organizations in the context of the Danube-Networkers.

Bread connects! Students of the High school of Tourism in Ruse presented a wide range of breads, dedicated to different religious and cultural festivities, and typical wine from the region,  Friedrich Schiller High School brought a typical ritual bread in honour of Saint George, the delegation from Silistra brought traditional welcoming bread, too. Also, the participants from other European countries brought country-specific sweet and savoury delicacies. These were tasted during a reception.

The afternoon was enriched by different shows performed by singing groups from two senior groups  of Ruse, Romanian singers and students from Friedrich Schiller High School. 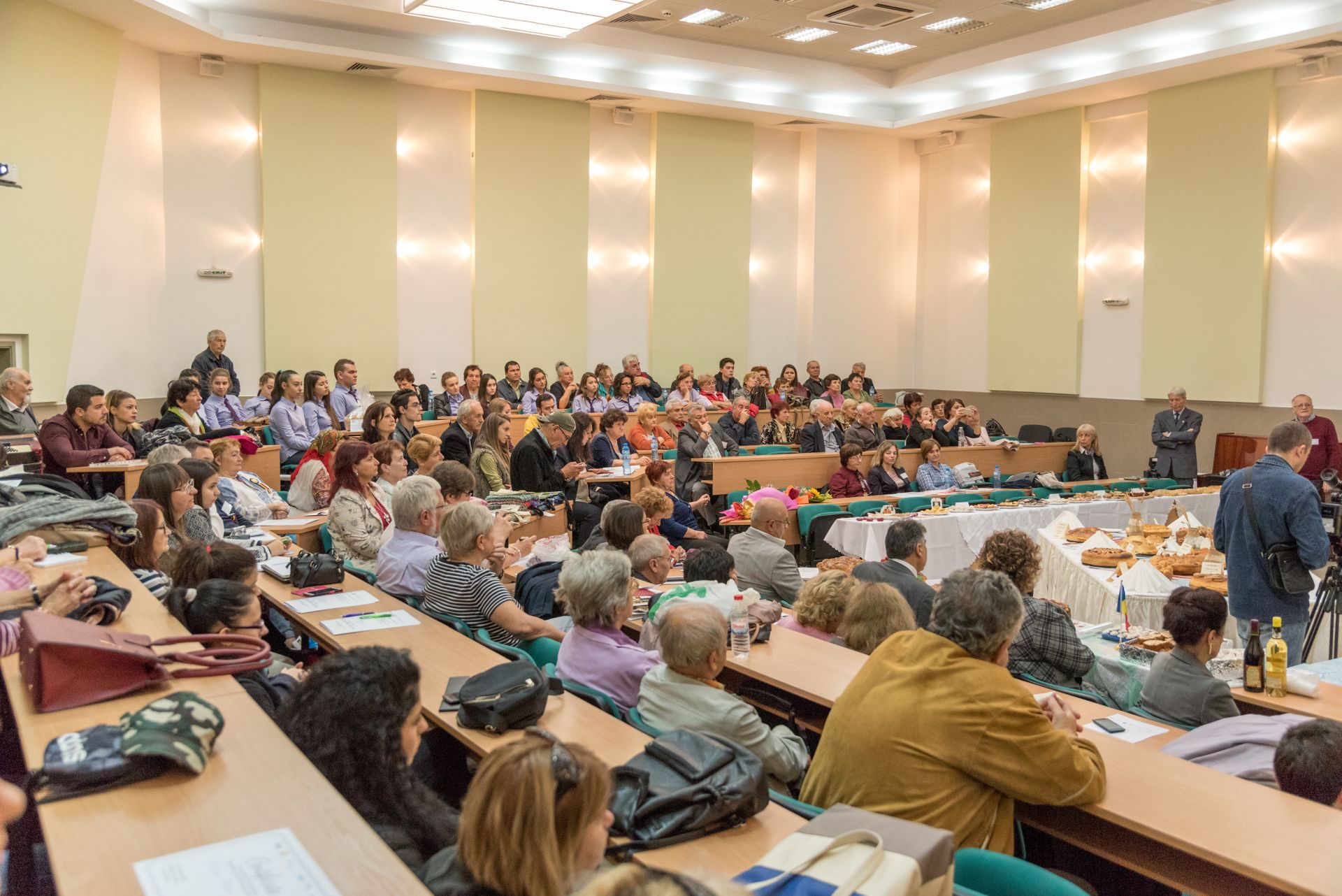