Meeting of students from both schools –  Primary School “St. Cyril and Methodius” – Silistra and School “Carol I” – Ostrov, Romania

On October 14th at the border between Bulgaria and Romania students from both countries met together.

In order to realize the meeting between the students at the border checkpoint, we held several preliminary meetings with the leaders of the two schools. We also had a preliminary conversation with the head of passport control. The reason for this is that, although Bulgaria and Romania are members of the European Union, passport controls are carried out at the border between two countries. Students do not have the rights to cross the border without a passport and the consent of their parents. The Border Police Administration agreed that Bulgarian pupils should pass border control without these documents and assist in the realization of the meeting.

The meeting between students from both schools took place at the border between two countries. There they met for the first time, exchanged the bread they had prepared earlier in the day, and also their messages. Everyone tasted  the delicious bread. The meeting was attended by teachers from both schools. During the meeting the children greeted with songs in their native language. Students and teachers said goodbye with promises for future cooperation and new meetings.

After the meeting we treated the employees at the border checkpoint with bread and thanked them for their assistace. 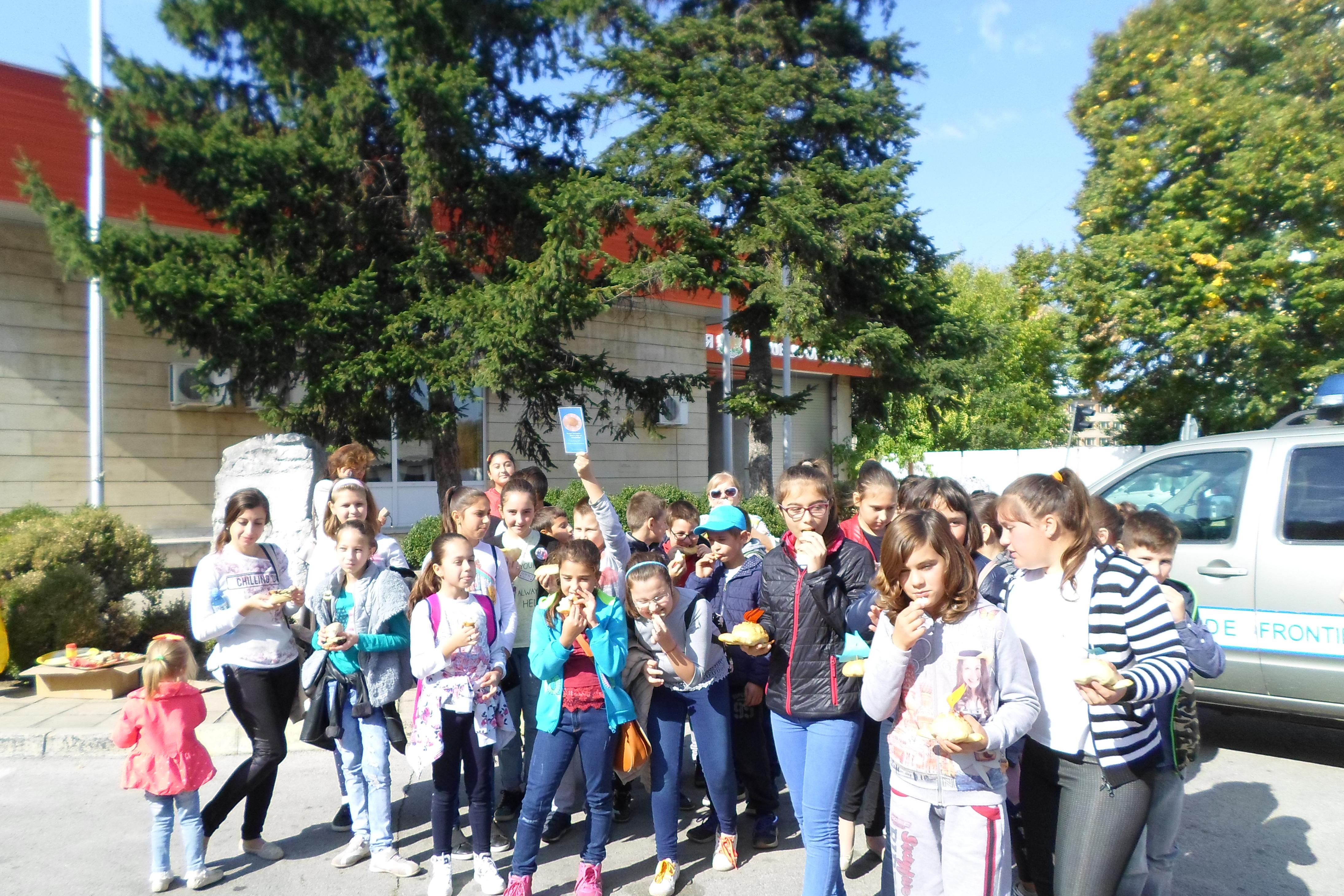